Writing is an act of creation. That’s why fiction is often called creative writing. It can also be a form of re-creation, or therapy. When we write, we work out things in our own minds. The things our characters say sometimes surprise us. By definition, anything our characters do must have come from within us, even if that isn’t how we normally feel or act. Through writing, we can discover things about ourselves which we didn’t even know: emotions and opinions, fears and dreams. 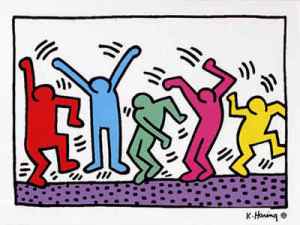 Your characters are (hopefully!) unique, but they must also be believable. The reader has to recognize them as people they might actually meet. You do this by combining unique features with universal characteristics. Realistic characters are based on widely-recurring figures called archetypes. Archetypes are outline forms which arise spontaneously in our minds. Their individual features are filled in with material from your experience. Your story may have a clever girl, a trickster and a tramp: they will be your creations, yet they will also draw on (and play with) the reader’s expectations of these roles.

Sometimes you may introduce a character to provide a contrast with another personality. The protagonist needs an antagonist to provide dramatic contrast: this opposition is most effective if the two characters also share some features. The darker figure then becomes the alter ego of the lighter one. One way of viewing such figures is to see them as aspects of the same person. In dramatic terms, this means that the characters can never appear at the same time.  A classic case is King Lear’s Fool and his daughter Cordelia: the two are never on stage together, and are sometimes played by the same actor. Another example is Jane Eyre, whose repressed sensuality is succinctly expressed by Rochester’s mad wife.

In another sense, all your characters are aspects of one person: yourself! After all, you identify with different archetypal figures according to your situation.

Sometimes you might need to be a hero; other days you might feel more like an ogre. Voice Dialogue is a counselling technique which explores the idea that there’s more to you than meets the eye. Your public image is only one part of your personality. The characteristics which you disapprove of are suppressed. Your disowned qualities are what drive you mad when you see them in other people! Instead of being annoyed, you can choose to explore those aspects of yourself. When you give your characters a chance to explain their actions, you learn something about yourself.

Here’s a fun exercise to develop your writing. Take two characters who seem to have reached an impasse. Choose an item of clothing for each of them: a broad sunhat, a colourful cravat, some sequinned sandals… charity shops are a great source of material. Find a quiet space where you won’t be interrupted. Place two chairs opposite each other, and put one item on each chair. Now, you’re really going to get into character! Put on one item of clothing and sit in that chair. See how it feels to be this person:

note how you sit, what you see and feel. Start talking to the ‘person’ opposite you. When you’re had your say, take off the item and move to the other chair. Put on that piece of clothing and sit down: how do you feel now? Answer the first character: you may be surprised at what you hear! Repeat this process as often as you like. When the meeting is over, come back into the role of author and think about what you have learned.

1 Response to Voice Dialogue for Writers