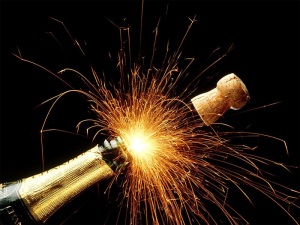 What are your New Year’s resolutions? Not the ambitious ones you announce, slightly tipsy, when someone asks you at a party on the big night; nor the virtuous ones you make, feeling slightly wistful, when the next day dawns and finds life much the same  as it was before. So many people focus on their shortcomings: things they want to remedy about themselves. But as any trainer knows, criticism alone is a poor motivator. Surely it’s better to focus on doing something positive: a new skill (learning a language), a dream (becoming an artist) or a long-held ambition (running a marathon). Things on your bucket list, that you want to do before you finally kick it. That way, we find fresh energies and start to change our selves. Instead of being merely remedial, our resolutions become another step on our life path. And this just could be the month to make it happen.

January is the month of Janus, the Roman god who presides over the turning year. Portrayed with two faces, he looks to both the past and the future. He is the guardian of gateways (modern keyholders are called janitors) and his image was carved over doors. Doorways imply the entrance to a new domain: they are associated with birth, death and initiation. On a practical level, they are important for marking boundaries. A ‘front door’ separates our private lives from the public domain. Within the house, doors demarcate areas of personal space from rooms for general use. We use doorways to categorize our thoughts: sometimes you forget why you came upstairs until you go back to the hallway. Cicero coined the term ‘memory palace’ in 55BC for the technique of memorising a list of items by visualizing them in a series of rooms. Passing through doorways, whether physical or imaginary, helps us to organize information in our minds. 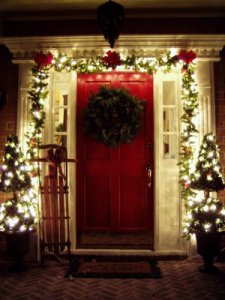 The resolutions that matter are the groundswell ones that creep into your conscious from below, that you find lounging in your mind like intruders because you had no idea you felt that way. Once formed, they seem inevitable and undeniable, a natural extension of your self. A major decision in life is never a choice, but rather a realization that the decision has already been made. Suddenly it’s obvious what you should do next. You can see it all clearly in your mind now. Everything we do, from making a drink to founding an empire, starts as a picture in our image-ination. This is the right direction: you just need to take the first step. And you know it is a good decision because once you’ve made it, life feels back on track.